Yurribilla Ultra– hands down one of the funnest trips and races I have been on!

I was pretty sure when I first was told about this race that I wouldn’t be going, but when oppotunity knocks, you have to take it, and run! And I am so happy I did. At first I had never heard of the race and didn’t think it would work well post CDR- I was hesitant to commit to anything post CDR and I had already been away from home for about a month this year. But things really fell into place and the enthusiasm from race directer Sadie Cranston was hard to turn down.

Pre race I did an interview with ABC 891 radio in Adelaide, which is HERE

Rather than post a full race report here I will direct you to an interview I did with SportzHub.

Overall a very successful and satisfying trip to the Yurribilla Ultra. Did the 1st place and course record have something to do with this- yes, but more so was the people I met and friendships made. It was such a pleasure to chat with so many enthused runners before and after (even during) the race. 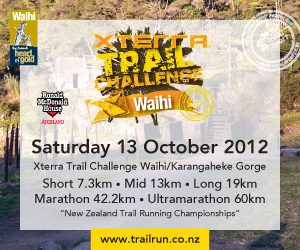 Next up is the Total Sport Xterra Waihi 60km– aka the Kaimai Killer! With 2800mD+ it will be a tough one. I did an interview a while back, post CDR, with the Total Sport crew- it’s HERE. It will be a good race, with some has been map reader and a long haired hippy that sits down to pee among others lining up. They have been training hard together in what seems to be a budding bromance- I expect to be dragged around and beaten about by these 2! Will be great to catch up with the NI crowd and run some new trails with friends I don’t get to see much.

And if you have not heard, Jane and I opened the Backcountry Runner Trail Shop this week. Exciting times- check it out for lots of great trail running related paraphernalia.

Things have been going well since the CDR almost a month ago. I, surprisingly, came out of the race better in many respect than what I went into it and the recovery has been good. The CDR was the #1 focus from about mid December, even though I didn’t really feel like I knuckled down and trained for it until early April. The blow out at BR was maybe not ideal, but was a blast. So next up is the Yurrebilla Trail on September 23rd- a 56km ultra in the hills behind Adelaide, in South Australia. It’s crazy to think I am hopping on a plane to go to a race again. My Yurrebilla training really only started about 2 weeks ago with some good speed/tempo stuff and easy runs. So far the longest post CDR run has been about 20ish km (if you want to check up on my training?? you can go here).  Pretty excited about the Yurrebilla Trail- new place, new trails and new people- can’t wait to explore the place in what limited time I have in Adelaide. There is a good map/profile HERE of the race.

Drymax socks have been nice enough to start supporting me! Stoked as they are easily the best socks I have ever used. I had the bottom of my feet almost peal off after the 2011 Routeburn. Blisters galore. I then rocked my first pair of Drymax socks 2 weeks later at the TNF100 Australia without a single foot/blister issue- sold on them ever since.

I did an interview about my win at CDR with the local Darfield weekly paper the Malvern News. If you didn’t get a copy then I am guessing you never will, pretty much a collectors item by now. I also did an interview with Radio Sport. You can hear it HERE

And now for random photos that likely have little meaning to anyone but me….